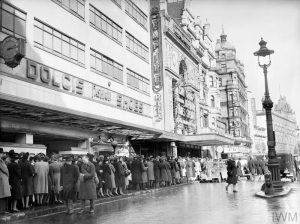 On 26 February 1916 a contributor to the film fan magazine Pictures and the Picturegoer appealed to the government to do more to protect the cinema industry after it was suggested that foreign films, which of course included those from the lucrative Hollywood market, be prohibited. Clearly aghast at this proposal, and using the magazine as a mouthpiece for their views, the contributor – writing under the inflammatory headline ‘Don’t Close Our Picture Theatres’ to highlight the likely effect of the government’s proposals – highlighted the cinema’s important wartime role as a way to curry favour and seek protection. This was common practice during both world wars when, threatened with closure or some other form of hardship due to the impact of the war, film industry personnel promoted the positive contribution the leisure activity could have on society in order to ensure its survival.

This paper will outline the difficulties trade personnel faced when operating in wartime Britain, while also revealing the lengths to which they went to ensure that their businesses remained relevant. It will show how cinema operators championed the pastimes benefits as a propaganda source, entertainment medium, or economic commodity in order to protect it. In these periods of uncertainty, industry leaders repeatedly promoted the important role that cinema could play, making less than coded attempts to remind government officials and other critics of the pastime that they would need their full support if they were to fulfil the function they intended for them.

Robert James is Senior Lecturer in History at the University of Portsmouth. His research interests have long centred on British society’s leisure habits, paying particular attention to the relationship between leisure provision and consumption. He is author of Popular Culture and Working-Class Taste in Britain 1930-39: a round of cheap diversions?, and has published on cinema-going, censorship, popular taste, libraries, and reading habits in Britain in the twentieth century. He is currently researching the activities of cinema managers in Britain in the first half of the twentieth century.