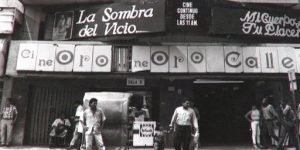 The next HoMER webinar will take place on Monday 14 September, 5pm (UK time). Our speaker will be Dalila Missero (Oxford Brookes University), who will present on ‘Memories as transnational practices: interviewing Latin American women about cinema-going during a pandemic’
Please register for this event here: https://durhamuniversity.zoom.us/meeting/register/tJYvfuCgqjwvGtIQhKVgG8cXcNS6lcMwtlFi
After registering, you will receive a confirmation email containing information about joining the meeting via Zoom.
The speaker will present a 20-minute paper, followed by discussion and Q&A.