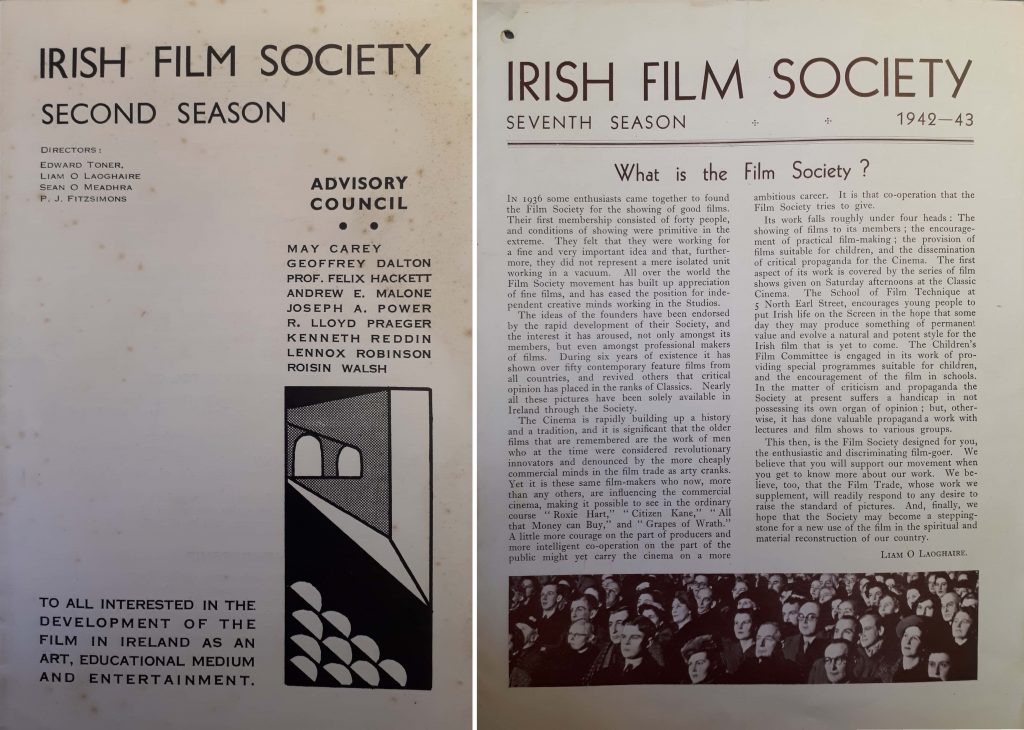 Please use the following link to register for this event:

After registering, you will receive a confirmation email containing information about joining the meeting.

Abstract: This paper will look at the Irish Film Society as a case study for the complexity of international reception of German Cinema during the years 1936-1945. During the 1930s, the culturally conservative government of the young Irish state was reluctant to support local film productions and cinema culture. Founded in 1936, the Irish Film Society (IFS) wanted to counter this policy and develop the local film industry, by acquainting its members with artistical and educational films from all over the world, and promoting local film studies. Looking at the screenings and reception of German films in the IFS from 1936-45 will help highlight the importance of cinema as a cultural bridge in a time of war.