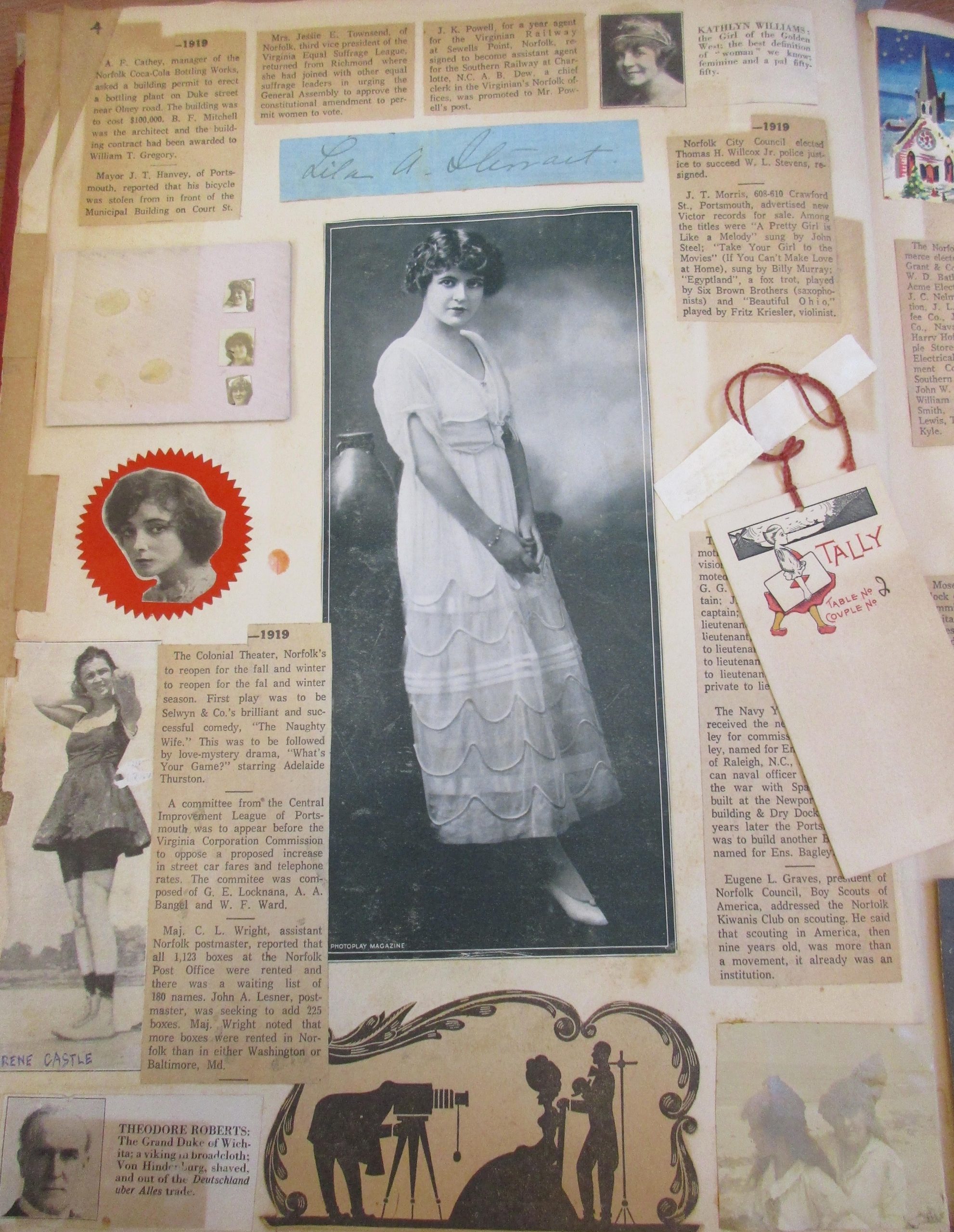 Due to unexpected circumstances, the webinar for tonight will be
postponed to January, 26th at 19 CET. We are very sorry for any inconveniences this may cause.

Off the Beaten Track: Fan Archives in Early Hollywood by Diana W. Anselmo (more info below).

Join us on January, 26th at 19 CET. We are very sorry for any inconveniences this may cause. on zoom. In order to get the zoom link please contact Jono Van Belle at jono.van-belle@oru.se

Off the Beaten Track: Fan Archives in Early Hollywood

Unlike most scholarship on US silent cinema, my research focuses on first-person artifacts (movie scrapbooks, diaries, fan mail, photos) crafted by self-identified “screen-struck girls” growing up in the 1910s, the time of Hollywood’s emergence. Described as the original “adolescents” and “movie fans” by journalists and psychologists, the juvenilia of early moviegoing girls helps historicize how gender, class, race, sexuality, creed, and ethnicity came to shape privilege and prejudice in the US. For example, letters by movie-loving immigrant girls capture eugenic discourses proliferating during the 1910s, whose glass-ceilings drove many working girls to incarceration and death. Scrapbook collages of cross-dressed actresses and girl fans kissing reveal an undocumented history of everyday queer life shaped around moviegoing. Seminal to the formation of a commercial fan culture, these reception practices remain central to the maintenance of digital fan communities and yet leading media theorists like Henry Jenkins attribute them to white middle-class “fanboys.” A correct understanding of the ways nonnormative, disabled, and/or waged female audiences helped establish Hollywood’s media industry is thus key to an equitable redistribution of power in US public history.

Bio: Diana W. Anselmo is an assistant professor of Film & Media History at Georgia State University, who specializes in US silent cinema, female reception, and LGBTQ+ history. Her work has appeared in various peer-reviewed journals, including Cinema Journal, Screen, Camera Obscura, Feminist Media Histories, and Film History. Her research received the Screen Journal 2019 Award, as well as grants from the Fulbright Foundation, the National Endowment for the Humanities, and the International Association for Media and History, among others. Her book on queer female reception in early Hollywood is forthcoming with the University of California Press. A parallel line of research focuses on the queer dialects and fan communities forged on social media platforms, specifically on Tumblr.